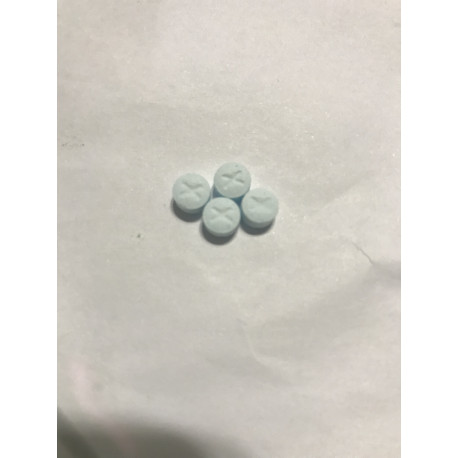 TCrin is eternuss brand name for Oral Turinabol (4-chlorodehydromethyltestosterone, commonly called “OT” or “T-bol”). This steroid was developed by scientists in East Germany especially for track and field athletes, was successfully by both men and women, and more then few world records may be attribute to it. It came to the public eye recently when John Jones (a MMA champion) was failed a drug test due to this steroid.

Trcrin is a derivative of dehydrotestoserone with a a The 4-chloro modification. This feature increases its anabolic effect while reduces it's androgenic impact. As a deydrotestosterone based steroid it can't be converted to estrogen, thus estrogenic sides effects such as excessive water gain are hindered

Similar to other steroids which are available in a tablet form the Rcrin molecule contains a 17-alpha-alkylated (a carbon atom was added at the 17th position) to survive the first pass through the liver, and therefore be orally active. This, of course elevates liver enzyme activity.

Turinabol is commonly compared to the two other steroids Dianabol and anavar. Its effect would be somewhere in the midpoint between these two popular anabolics. The Dianabol which is an effective mass and strength builder while causes also noticeable water gains will yield more killograms on the scale then Turinabol, how ever the Turinabol deliver a leaner look  which is appreciable while dieting and of course by athletes who thrive to stay within a weight class. anavat on tyhe other hand is considered a gentle steroid with distinct anabolic properties. The Turinabol will help to achieve comparable or higher strength and performance gains, but in the cost of slightly more side effects then Anavar

TCrin may be used by itself for a blast cycle for track and filed athletes or on preparations for a strength athlete or a fighter who desire to limit weight gains. For such goals a dosage of 40-60mg is considered effective.

TCrin is combined very well with other steroids, and may be an effective additive to both intermediate and advanced users. Exceptionally effective combination is Testosterone, Trenbolone and Tcrin, which will result in gigantic strength gains accompanied by noticeable lean muscle gains. Turinabol will be used usually at 30-50mg by intermediate users when combined with other steroids, or slightly higher dosages by advanced users, how ever the fact that it's an oral steroid with an impact on the liver should limit the daily amount to no more then 60 mg usually, and the length of usage to 4-6 weeks

Tcrin offers the Oral Turinabol is a unique ultra potent version of 25mg per tab, for ultimate results in bodybuilding, strength and performance